Neutral biodiversity theory is a simple framework for modelling several features of ecosystems with a large number of species. It allows to make analytical predictions for a variety of patterns and has become one of the most tested paradigms of macroecology. It combines the ecological mechanisms of birth, death, competition, speciation, and spatial dispersal and makes manifest the belief that the many differences between species may not be critical for successfully predicting large-scale, aggregated phenomena. One of the first successes of neutral ecology was to predict realistically-broad distributions of rare and abundant species. However, it has remained an outstanding theoretical challenge to describe how this distribution of abundances changes with spatial scale. This would have helped to quantify what non-neutral processes are needed to fully explain observed patterns. Recently, a spatially-explicit neutral model has been suggested, for which several patterns can be calculated analytically and therefore compared against empirical data. The candidate should have a good understanding of stochastic processes and statistical mechanics with a strong interest in analytical calculations. The thesis will comprise the study of the most important ecological patterns which can be calculated in that framework with the ultimate goal to understand how the Species Area Relationship (SAR) depends on the spatial correlation length and under what circumstances the SAR exhibits particularly simple behaviour, including a power law shape. Depending on the candidate’s ability, the work can lead to different – more general – models, data analysis, study of exact models and more important ecological applications (upscaling of species richness or downscaling of population densities). 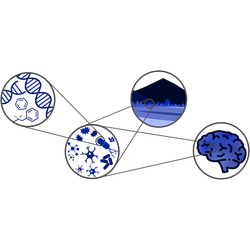