Explorability and the origin of network sparsity in living systems 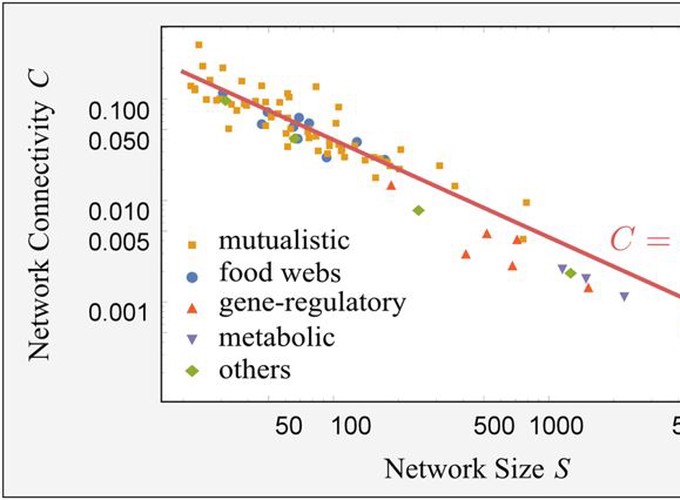 Explorability and the origin of network sparsity in living systems

The increasing volume of ecologically and biologically relevant data has revealed a wide collection of emergent patterns in living systems. Analysing different data sets, ranging from metabolic gene-regulatory to species interaction networks, we find that these networks are sparse, i.e. the percentage of the active interactions scales inversely proportional to the system size. To explain the origin of this puzzling common characteristic, we introduce the new concept of explorability: a measure of the ability of an interacting system to adapt to newly intervening changes. We show that sparsity is an emergent property resulting from optimising both explorability and dynamical robustness, i.e. the capacity of the system to remain stable after perturbations of the underlying dynamics. Networks with higher connectivities lead to an incremental difficulty to find better values for both the explorability and dynamical robustness, associated with the fine-tuning of the newly added interactions. A relevant characteristic of our solution is its scale invariance, i.e., it remains optimal when several communities are assembled together. Connectivity is also a key ingredient in determining ecosystem stability and our proposed solution contributes to solving May’s celebrated complexity-stability paradox.