DNA sequence symmetries from randomness: the origin of the Chargaff’s second parity rule 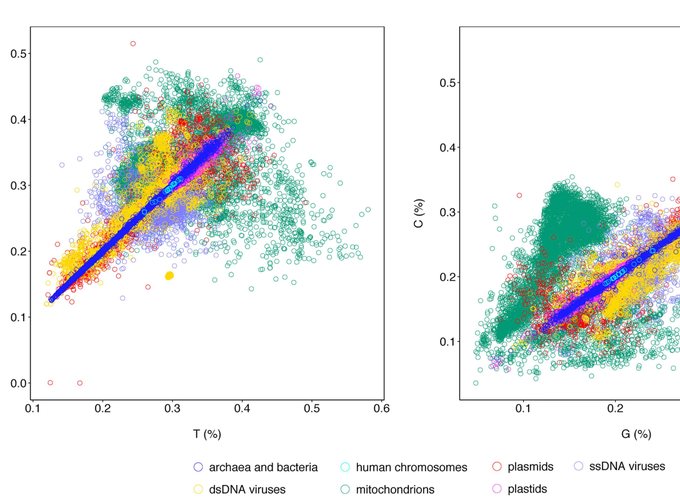 DNA sequence symmetries from randomness: the origin of the Chargaff’s second parity rule

Most living organisms rely on double-stranded DNA (dsDNA) to store their genetic information and perpetuate themselves. This biological information has been considered as the main target of evolution. However, here we show that symmetries and patterns in the dsDNA sequence can emerge from the physical peculiarities of the dsDNA molecule itself and the maximum entropy principle alone, rather than from biological or environmental evolutionary pressure. The randomness justifies the human codon biases and context-dependent mutation patterns in human populations. Thus, the DNA ‘exceptional symmetries,’ emerged from the randomness, have to be taken into account when looking for the DNA encoded information. Our results suggest that the double helix energy constraints and, more generally, the physical properties of the dsDNA are the hard drivers of the overall DNA sequence architecture, whereas the selective biological processes act as soft drivers, which only under extraordinary circumstances overtake the overall entropy content of the genome.